Does a Child's Opinion About Custody Matter? 3 Things the Courts Consider

When married couples decide to part ways, they don't always see eye to eye about who should get custody of the children. In such cases, the courts may be called upon to award custody rights to one or both parents based on their children's best interests.

Does a child have a say in the final decision made by the courts? If a child is old enough, they can be granted an audience to give their opinion about what they want. However, the judge's decision isn't tied down to the child's wishes.

Here are a few key factors that a family court judge may consider in determining how much weight to give to a child's opinion about custody.

The older a child is, the more they're likely to understand the changes occurring in their life.

Teens, for example, have a better understanding of the implications of divorce than younger children. Perhaps their parents have been fighting for years and they believe that breaking up the family is best for everyone. A judge is more likely to go along with how much time a teenager wants to spend with each parent than what a younger child wants.

The Reason for the Opinion

If a child has been living in a healthy environment, they'll often want both parents to be still actively involved in their lives. However, in situations where a child prefers one parent over the other or doesn't want to see one or both parents anymore, the judge will want to know the reason for the child's opinion.

Is the child abused by their parents? Is the child happy spending time with someone else other than their parents? While parents are given first priority in child custody matters, custody may be given to a third party if the courts feel that would be the best thing for a child's wellbeing.

The Influence Parents May Have Over a Child

If the courts feel that a child's opinion may have been greatly influenced by their feelings – positive or negative – towards a particular parent, the judge might not give too much consideration to the wishes of that child.

Quitting a marriage doesn't mean you should walk out on the kids too. Child custody is a sensitive family law matter that needs to be handled delicately in order to uphold the best interests of your children. Consider seeking help from a family lawyer that focuses on child custody matters to achieve the best outcome possible for your dear ones. 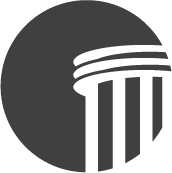 Laws help to discourage crimes, ensure the administration of justice, and create a general sense of harmony among the general public. Unfortunately, not many people give any thought to law matters until they’re caught up in such matters. We understand that not everyone is passionate about going to law school but that doesn’t mean they don’t require basic knowledge of the law. This website provides reliable information on the different areas of the law that may affect your life in one way or another. You can use this information at your own discretion. We’re not a law firm, so we don’t offer legal services to our readers.